What a world! No matter which side of the political, economic, or environmental side your opinion leans, the world has changed a lot since Game of Thrones last aired on June 26th, 2016.

Back in time, around that fateful time, the world had just received the shock of having the United Kingdom voting to secede from the European Union. That was June 24th, 2016, when we were reeling under the shocker of Jon Snow’s (true) birth identity. Eagerly awaited are the developments on both. Meanwhile, in the United States, Donald Trump had just upped his campaign against Mexicans. The world seemed far less convoluted then. A year down the line, people have grown immune to his threats, just as they had become immune to the promise that the Khaleesi would ever cross the Narrow Sea. But now, as the sun begins to set on the Game of Thrones storyline, let’s have a look at some fan-fiction about what is set to happen next…

Tyrion Lannister, after his recent promotion, sits out to chart the best way to reach King’s Landing. He knows, having battled at the Blackwater Bay, that direct landing would not be an option. He would have to re-route the ships through a different and safer route. Lord Varys suggests the most optimized route to the Iron Throne, secretly checking the LogiNext’s app. However, Daenerys finds out that Varys has automated his planning as she catches one of his birds on twitter. She quickly assesses the best field workforce management techniques through LogiNext, and deploys smartphones across her army integrated with FieldTM to efficiently track and optimize their efforts. Tyrion Lannister and Lord Varys are sidelined and scheme for revenge.

Jon Snow quietly builds his army at Winterfell being advised on matters (that she know nothing about) by Sansa Stark. Not far away from the action, Petyr Baelish refurnishes his plans to sit on the Iron Throne. Jon Snow gathers forces identifying the carrying and movement capacity of each of his resources. A crow drops a secret notification in his mailbox. It’s Tyrion Lannister, a confidant, and friend from many years ago. Tyrion has sent him a weblink for LogiNext. Jon Snow follows the trail and finds himself overwhelmed by all that he can do with his limited resources. He draws his great Valyrian sword and clicks a button with it, the button which leads him to a 15-day trial. Elated and satisfied, he celebrates with a joy ride along the old woods.

Arya Stark has begun striking off names from her list. A girl now knows what she needs to do, however, she is eager to search for a companion. All her previous partners walked a doomed line. She is actively looking for a product or companion who would not leave her in a lurch or run behind her with a knife. Her search ended when she googled ‘Field Workforce Optimization’. Her work and her force are set to be rewarded by the best predictive analytics and forecasting software available for field workforce optimization in all the seven kingdoms. She finally meets her match in LogiNext.

With, literally, the undead protecting her, Cersei Lannister holds the heavy head which in-turn holds the crown. One doesn’t have to be the Grand Maester to know that the evil lurks not beyond the wall but underneath the crown. Jamie Lannister clutches his sword as the words, ‘Burn Them All’ rings aloud in his mind. Cersei dictates that all her supporters make themselves available for her command. She logs-in to the LogiNext’s dashboard and sets up the automated allocation system to aid her field service management initiatives. The Mountain knocks and lets her know that Jamie Lannister has requested her audience. She slides away her anger and lets him in, but Jamie has a look of utter disgust on his face. He implores her to leave all this behind, automate all her planning and task allocations through FieldTM and take a vacation with him.

Chapter 5: What Happens Next?

Well Tyrion and Varys side with Jon Snow to dethrone Cersei. Khaleesi is unaware of this as she no longer needs them for her field workforce management. However, what only Lord Varys knows, is that himself and Petyr Baelish have joined in on a secret plan to use the extent of all the potential of LogiNext, with its real-time workforce tracking and regular service status updates. Moreover, only Petyr knows that he is double-crossing Varys, as usual, and siding with Sansa Stark. Sansa, on the other hand, is privy to Petyr’s role in the coup against her father, Ned Stark. She contacts her once fiancé, Tyrion Lannister, who, as we find out, is still loyal to Khaleesi but just wants to get LogiNext to as many people as possible. He believes that something like LogiNext’s superior field service management software can bring peace to the seven kingdoms before war hits them.

In the end, the dragons, tracked in real-time by their mother, Daenerys Targaryen, hold off Westeros in a stale-mate as Cersei and Jamie Lannister are nowhere to be found. Finally, as Tyrion brokers a peace deal claiming that they have finally united under LogiNext’s amazing integration capabilities creating an epic partner ecosystem. They all clap and cheer.

Daenerys sits on the Iron Throne, as Jon Snow stands atop The Wall wielding his fiery sword as a barrage of White Walkers break through the gates. More on this later… 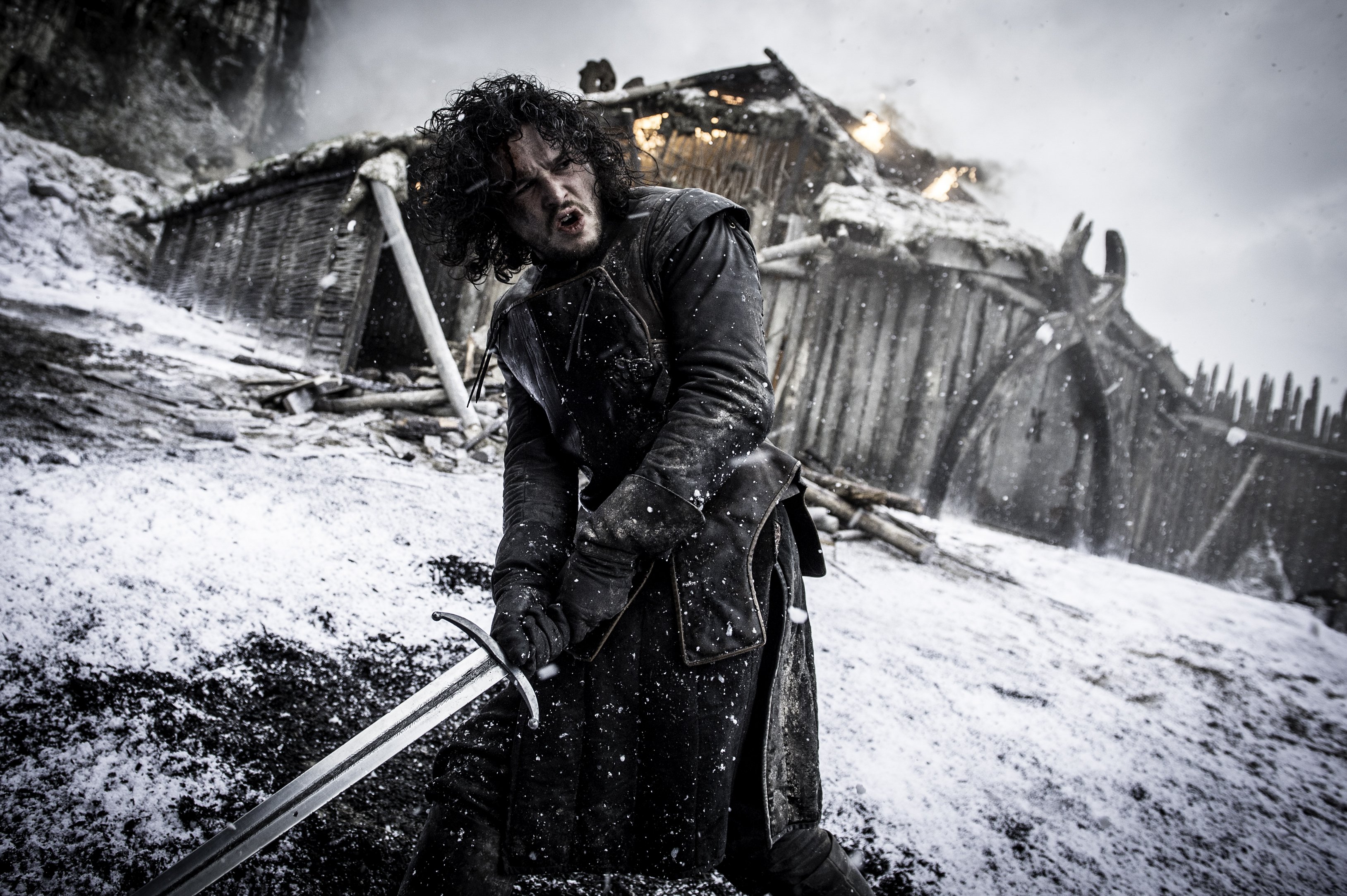 Jon Snow with the Great Sword

As we began with counting different epic transformations that have happened since Game of Thrones last aired, here is taking it a step further. If you have ever wondered, how would the current White House scheme of things fit in the Game of Thrones storyline, then look no further. We present the who-would-be-who of the White House vs Game of Thrones crossover episode!

Game of Thrones Characters as their Whiter House Counterparts

48
Next Story : Here’s the Secret Recipe used by Walmart and Amazon to Increase Customer Satisfaction